Há talking about a headline! Right?!
And no, Hillary isn’t a random girl I met over a Pumpkin Pie spiced Latté at Starbucks (releasing my inner fashion assistant alter ego while writing this) – we’re talking about the real deal here! Including a cobalt pantsuit and straight from the television voice!!
I’m talking about the day of uncle Donnie’s inauguration party, that unfortunately did not attract the amount of people he thought his money could buy. The day that I will remember forever as the day I walked into Motherf*ucking Hillary Clinton!

I remember I had to pick up some stuff for Connie and I was walking with my colleague over broadway. Since it was a bit more quiet in Fashion World, we for the first time had a bit more free time to enjoy the city. We grabbed lunch at the Chelsea Market and even celebrated this particular moment with a glass of wine to warm up a little from the winter’s cold skies. As satisfied as we were with ourselves that day, we walked over broadway – just before LaFayette and I saw this beautiful cobalt suit. This really caught my eye because I had been practicing sewing a suit myself on this amazing leopard fabric I got from a carnival shop in Amsterdam. I had learnt how difficult it was to get the grain line straight and make it tailored around the waist and shoulders. My shoulder pads were loose in my jacket, since I fucked up the lining and had to remove it – leaving the pads in there hanging with security pins, and me unable to ever take of my jacket in public. Long story short: This suit was a proper designer suit! The color reminded me of a diamant studded royal ring or tiara I had seen in an exhibition one day, and the fit looked as if it was made for the woman’s body. After I saw the face that belonged to the body, I realized it probably was. 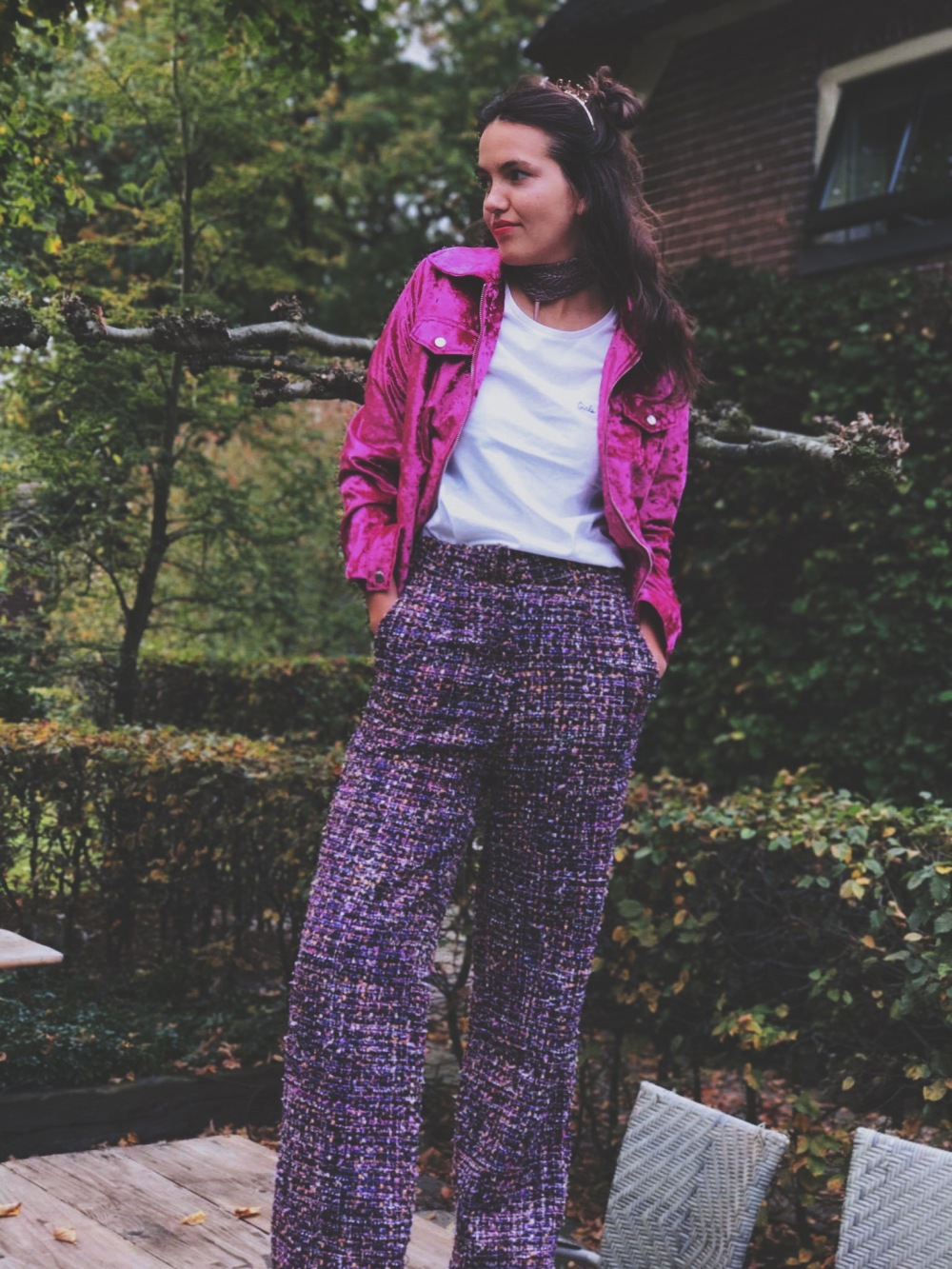 I grabbed my colleagues’ arm and just stood there really confused, not sure if my eyes had given the correct information to my brain. When my brain had finally tied all the knots of what seemed an optical illusion – I was absolutely sure.
Kristel, my colleague waited for an answer to a question she had repeatedly asked me. The words that were left in my vocabulary were not the most ladylike – and in my native language, Dutch, there are many of them that suited the occasion. After I realized how funny these Dutch words are to Belgian people, who’d use each and every one of these words to describe the difference between our languages (which is practically the same). I told her with a straight face: Laugh as much as you like but the first female runner up candidate to the American presidency just walked into that shop without you noticing it.

So we waited there for about 30 minutes thinking about all the things I’d tell her. How emotional I got when Trump won the elections, how I made my own pantsuit army T-shirts, how afraid I felt as a woman that such a man won the power of what would be considered a nation of absolute world power. But most of all, I wanted to impress her. I know this sounds ridiculous, a woman who casually chills with the Obama’s and who is surrounded by what could be considered the world’s brightest citizens. And me, a girl of 20 years old from a small town in the middle of nowhere in the Netherlands – was going to impress her with my choice of words and character. The longer we waited, the more nervous I got, and when the moment had finally arrived that the body guards started getting out of the store – my brain left the building. Like a teenage girl from a Beatles documentary my dad had shown me when I was young – I stood there, shaking on my feet as if I were a jellyfish.
She actually made the first move (how cool is it to say that Hillary Clinton made the first move !?) and we just stood there like Japanese tourists in Amsterdam: “Picture?”.

I remember repeatedly saying: Such an honor. Which were also the only 3 words I told her that day. But as cliché as it might sound – meeting her has changed my life. Being around such a force of power kind of kicks you in the butt. Everything about her: her voice, facial expressions and way of comfortably touching your shoulder as if she were that one friend that your mum walks with every Sunday morning before starting her day… It just felt as if she passed on some of her energy and told me to get out there and step up for myself. To not ever wait on people passing you opportunities – but for you to go out there, recognize and seize them yourself.

I think the turbulant time since Trump’s presidency has woken up a lot of people. Hillary has opened doors for women all over the world, giving them the stage and voice they deserve. So this outfit I’m wearing is on trend because of these crazy elections, but I consider it more as a state of mind. While Hillary would have been the first female president of the States, pushing boundaries and crushing male stereotypes, Trump is the ultimate dominant stereotype of what a power seeking man could possibly look and act like. So much, the entire situation leaves me embarassed. Wondering if it’s not an episode of Black Mirror we ended up in. Many of us have felt endangered in our rights as human beings. Women, men, LGBTIQ, children, infants, elderly, all united by selfmade posters and pink knitted pussyhats dominating the streets to rise up and show that it’s simply not ok. We the people. We won’t back down. 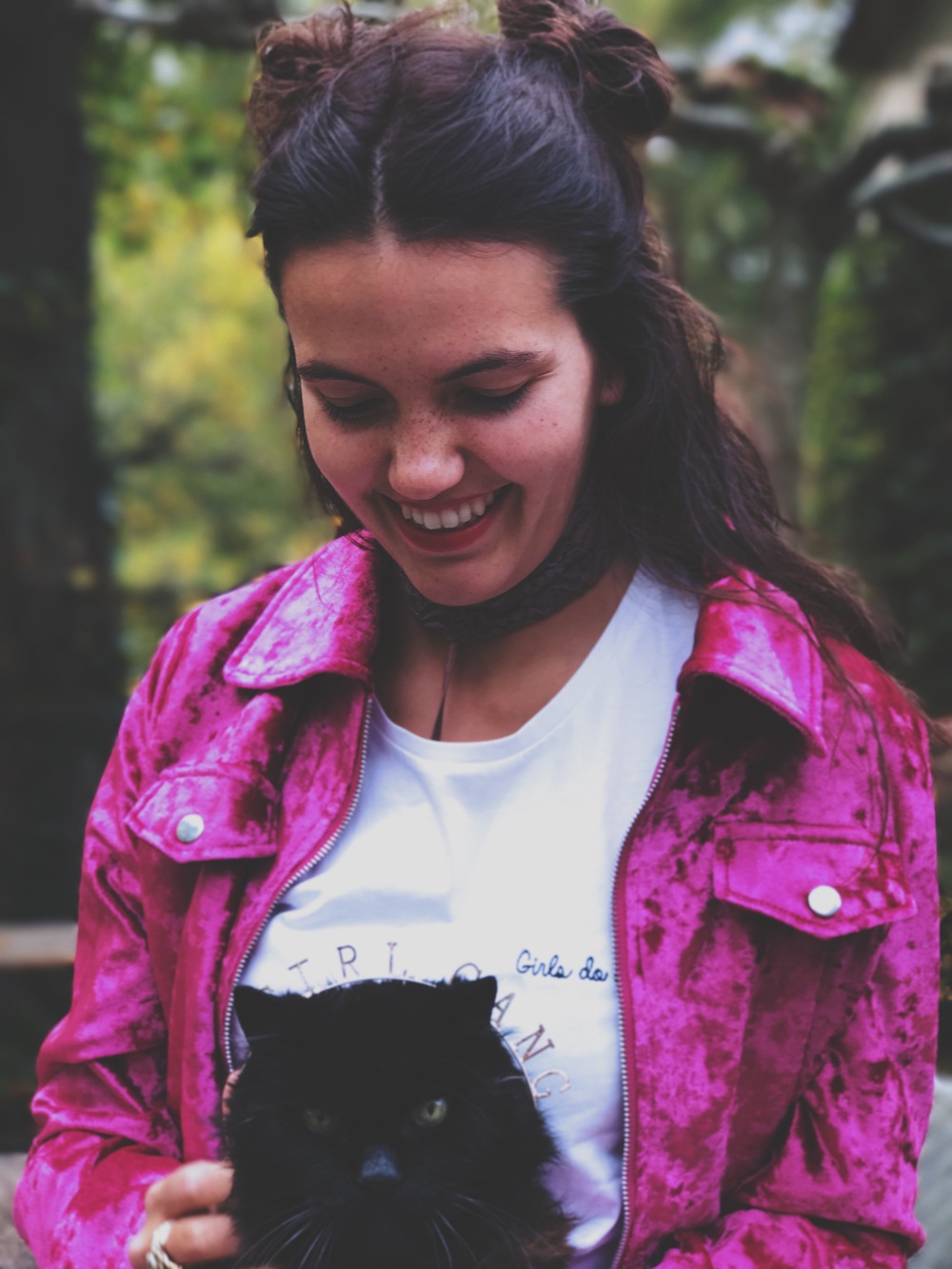 Hillary, if you every stumble upon this small page:
It truly was an honor meeting you! 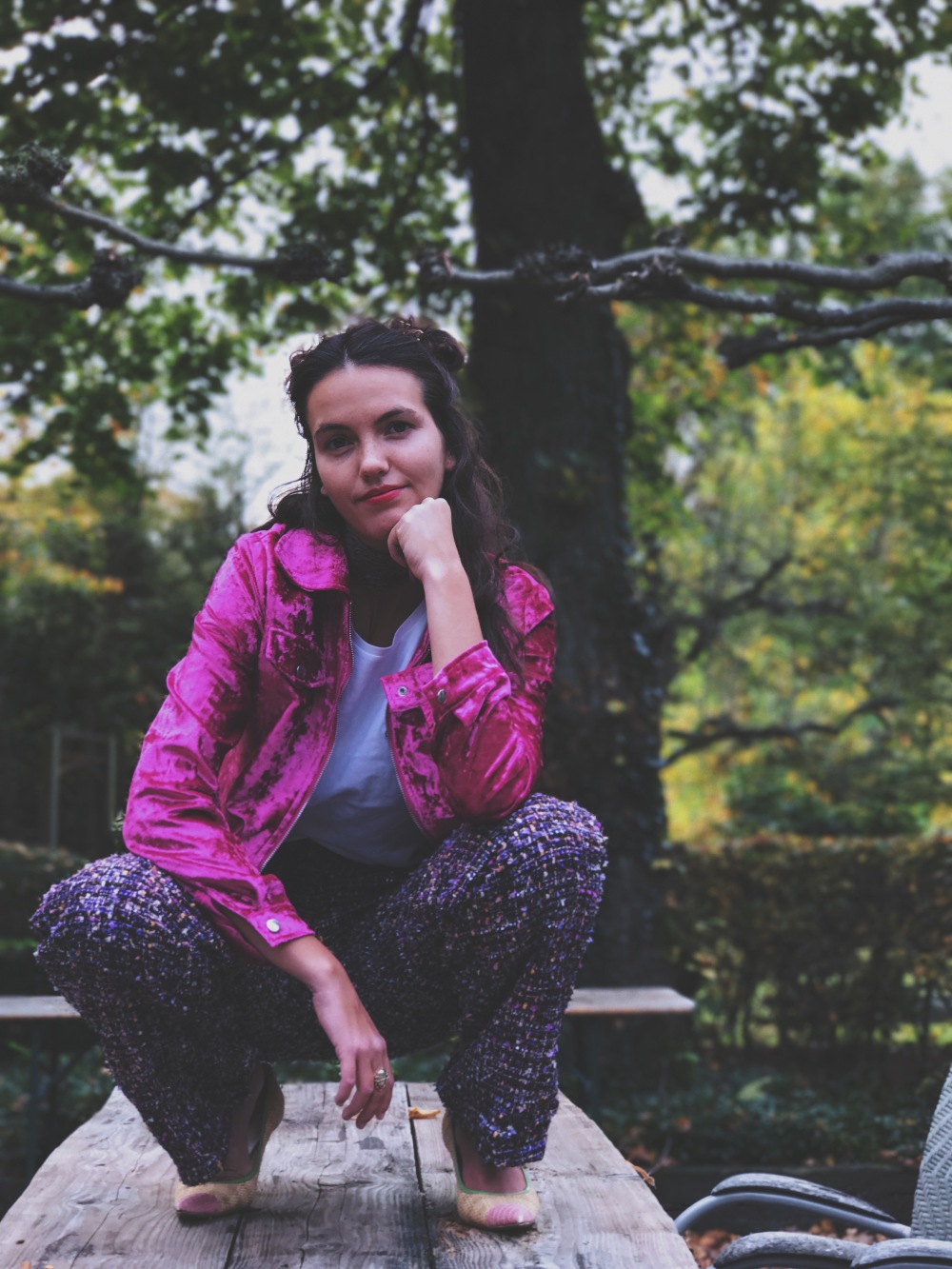