I have just packed the last pieces of the hippy camp that were scattered around all over the red dusted rocks that stood base to my home for 4 months. And I’ll be honest with you, I cried my eyes out like a newborn baby. I consider it a current issue of my generation that we have trouble finding a home. In a world that is as open and accessible as it is today, we seem to have made it one of our personal achievements to wander around until we have found that one special little spot to call our home. Well, I’ve found that magical place twice in my life: When I moved to Nice, in the south of France when I was 16, and when I drove with a caravan behind the car on a roadtrip to Ibiza with my dad in June. I swear to God, there were moments this summer that I considered burning the entire camping down. Sharing your bathroom with hundreds of hippies is one of the things I will definitely not miss at all, I have been amazed about how my neighbors have managed to smoke joints wherever they go, or better said: whenever they have to go. Next to that the biggest luxury I have missed most these months is pretty surpising: a full door that can properly close. I don’t think I have ever noticed the importance of being able to close a full door, without being able to see any feet. So today after packing up everything, me and my mum drove into the mountains to a beautiful house that will be our home the last days. But that will be on the blog later, so let’s cheer up and talk about fashion! Because that’s what we do eventually! 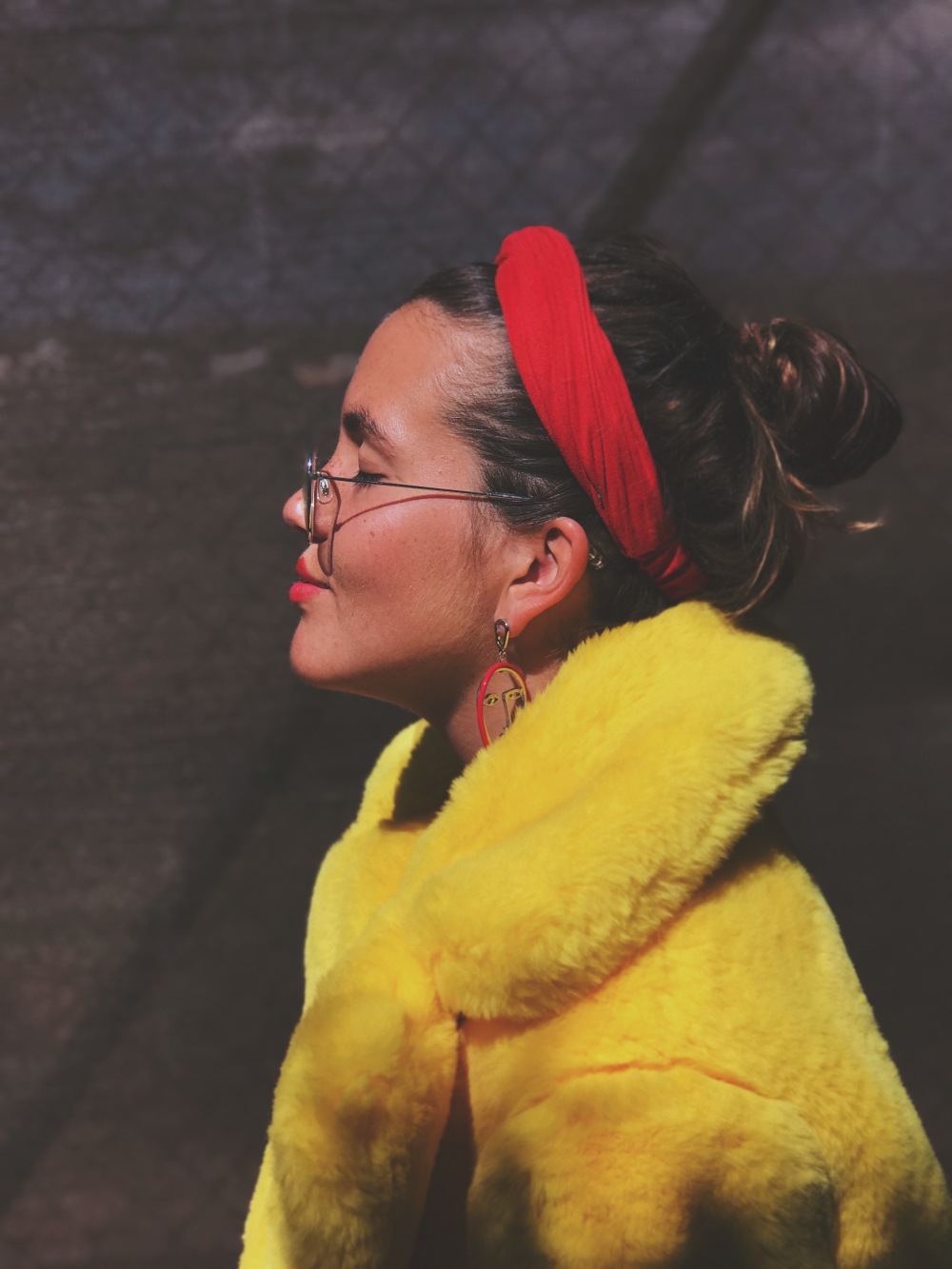 So what have I been wearing today?

A fucking fabulous bright yellow coat that made me feel like Tweety the moment I put it on 🐣 This baby I had previously seen in red at Mango, but since I was broke as hell, I waited too long until it was sold out. Since nearly 99% of my closet is red, I considered yellow a good alternative. As I had described before, I have seen yellow a lot on the runway for next sping/ summer, but since the Netherlands are comparible to the North Pole during spring, I thought a fur more would not be an issue.

Under this fluffy paradise I am wearing this beautiful silk cobalt blue body, with gorgeous wide shoulders for an ultimate 80’s power baby vibe. Since I still have quiet a tan from the Ibizian sun, the bright colors nicely pop out without making me look like a ghost.

A big trend for this fall is Polka Dots, which you could combine easily with the previously mentioned Folk trend. Polka dots have never failed me. Red with with in early spring for a 50’s pin-up flashback or pink and white for the ultimate Brigitte Bardot vibe. But timeless as ever: Black and white as seen on the pointies I’m wearing from a Spanish tourist shop.

The red in the flowers from the body I accented with the hairband and the modern earrings. And the yellow in a beautiful handcrafted teacup I got in Ramatuelle, a small town next to St. Tropez around 10 years ago. 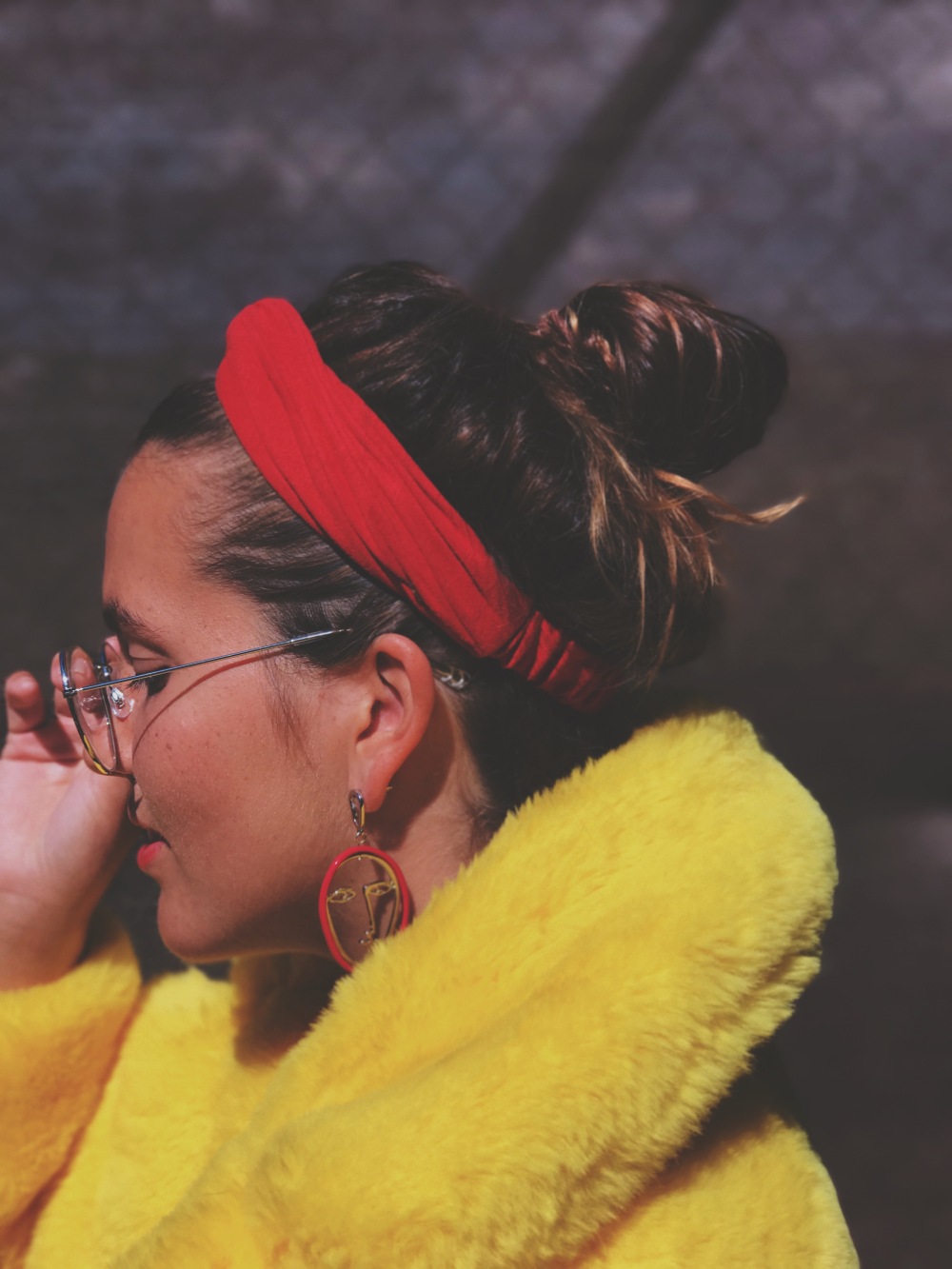 How do you feel baout yellow?