Given the fact that I’ll be back in the Netherlands in less then a week, I’m spending as much time as possible at the beach.
My personal favorite is Cala Nova, as it’s about 5 min from the camping yet the water is turquoise blue and the sand bounty white. While at the camping the water is beautiful too, the beach is mostly made out of rocks. So every now and then it’s nice to walk elegantly into the water, instead of looking like a blind grandma trying to find the bathroom at night. Tomorrow however, there will be no beach for me. My dad is arriving the first of October and my parents booked a room in a hotel in San Carlos. So tomorrow we’ll have to start breaking apart the Hippy Casa, and put everything back into the caravan, preparing her for the way home – and mine along with it.
But hey, nobody really cares about my emotional breakup with the caravan right? You guys were promised an outfit of the day – so you’ll get yours! 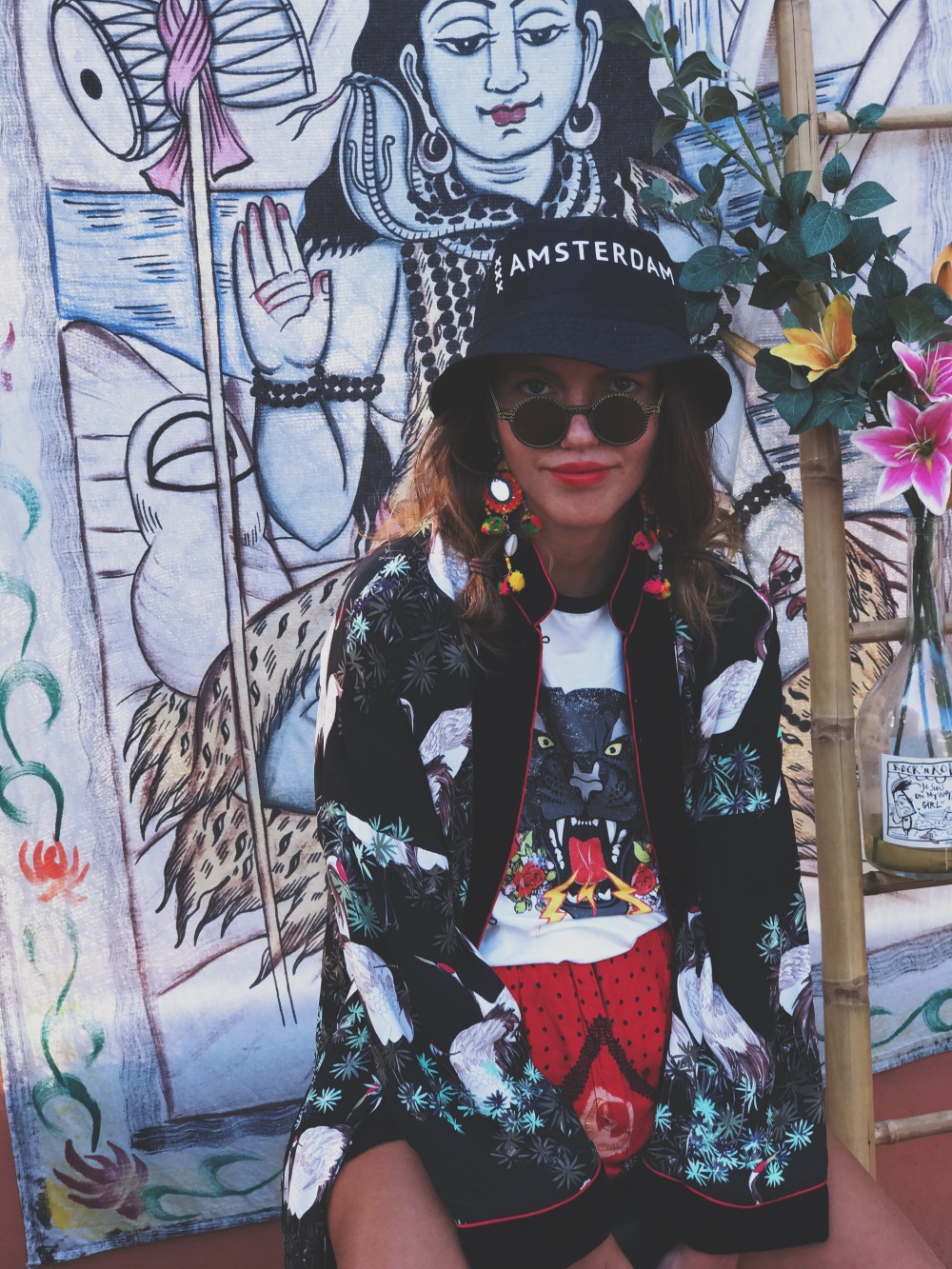 What am I wearing?
I went for an urban oriental kind of look. I found the kimono first at Zara, which instantly gave me a just-out-of- bed feeling – which honestly in clothing, is the best. The material is luxerous since it falls very smooth around your body because of the splits in the front. These are perfect for almost any woman, since it shows a little more leg, making you look a bit taller instead of like a girl who’s drowning in a big bathingrobe. The neckline is beautiful and almost gives a royal feeling because it’s made out of velvet and can be buttoned up until your neck disappears, if desired. I however, prefer it a bit baggy and left it open as a jacket. The just-out-of-bed look has been a huge trend for a long time now. Hello worn out slipdresses over plain white t’s that haunt my nightmares..  And if you are a bit up to date on the shows, you must have seen the oriental prints and influences in Gucci’s shows!! Which is to me really the most important show of fashion week. If you have been living under a fashion rock, take this opportunity to get back into our world! See below, the best oriental looks from Gucci: 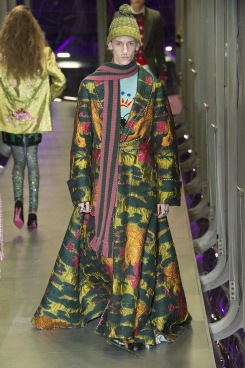 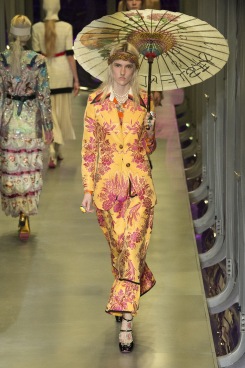 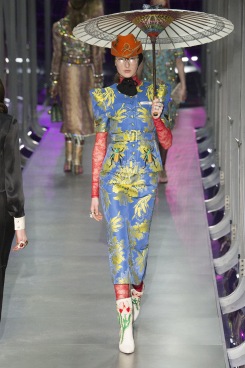 To continue inspired by Gucci, I bought this T-shirt from Mango that has a print on it very similar to Gucci’s. Difference: the print is a little different, but still has a Gucci feeling to it at a price of €16, while an original Gucci T will cost you around €900.

The shorts I’m wearing are actually pretty old, I got them 2 years ago or so. But that’s the funny thing, I never grow tired of my clothes. And somehow they always work in a lot of different combinations, even though they all have a very outstanding character themselves. Together with the emerald green boots with oriental embroideries stitched into them, you have a look consistent of eyecatchers, piece by piece, yet it’s organized and doesn’t look chaotic.The hat is super retro, and as we know by now, retro hats are back!! This beauty I got in a super market in Amsterdam for €2! 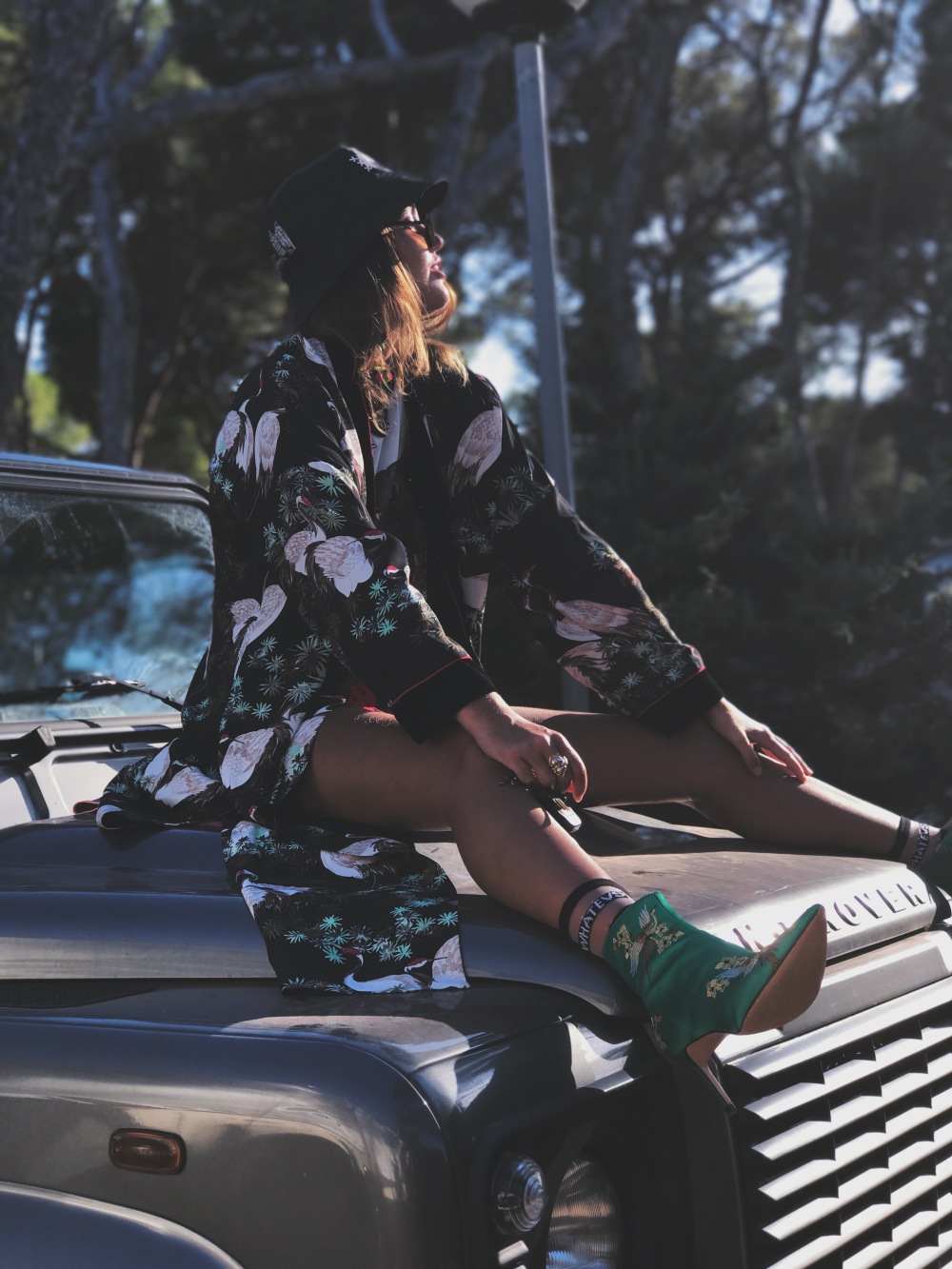 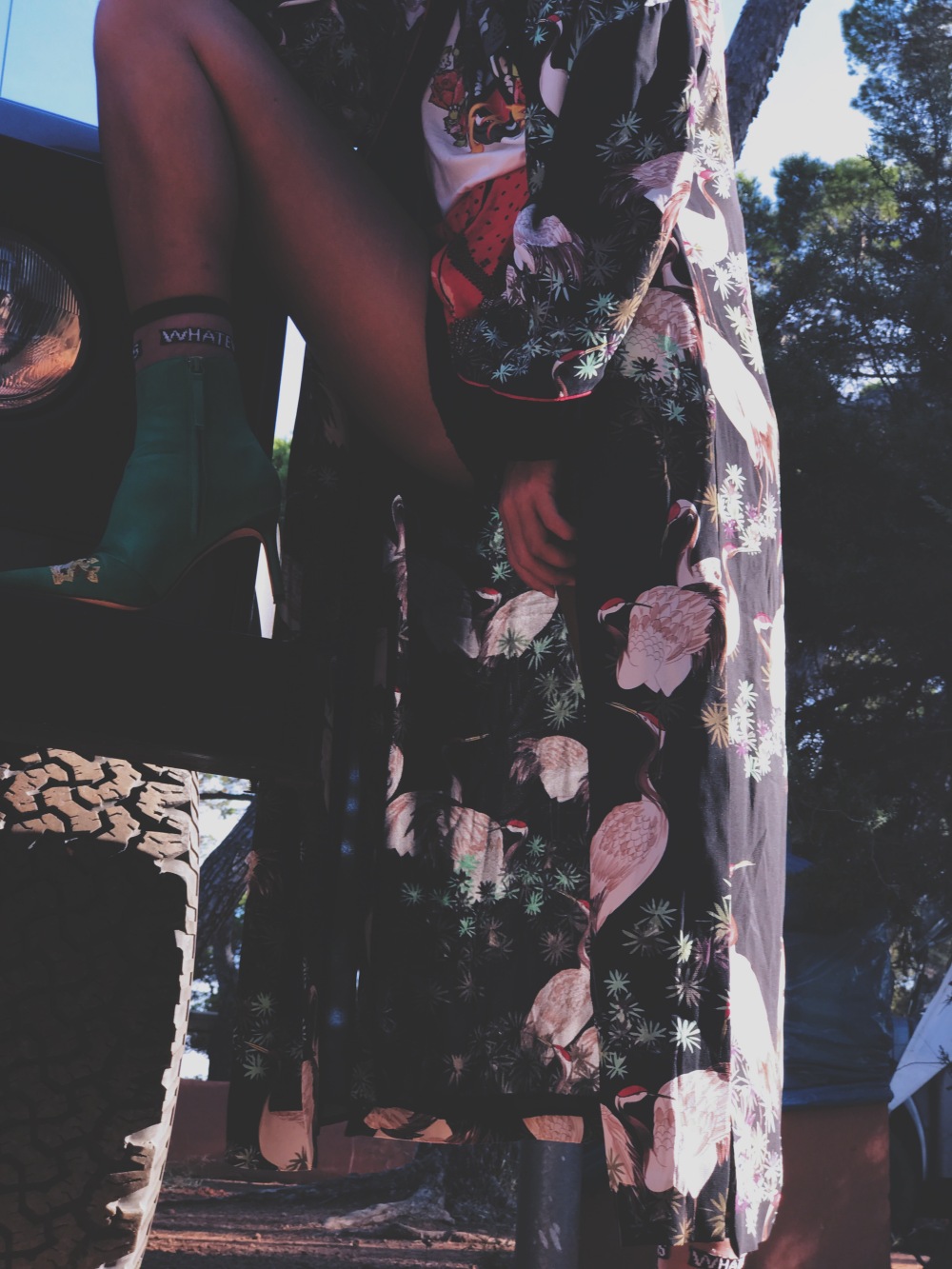 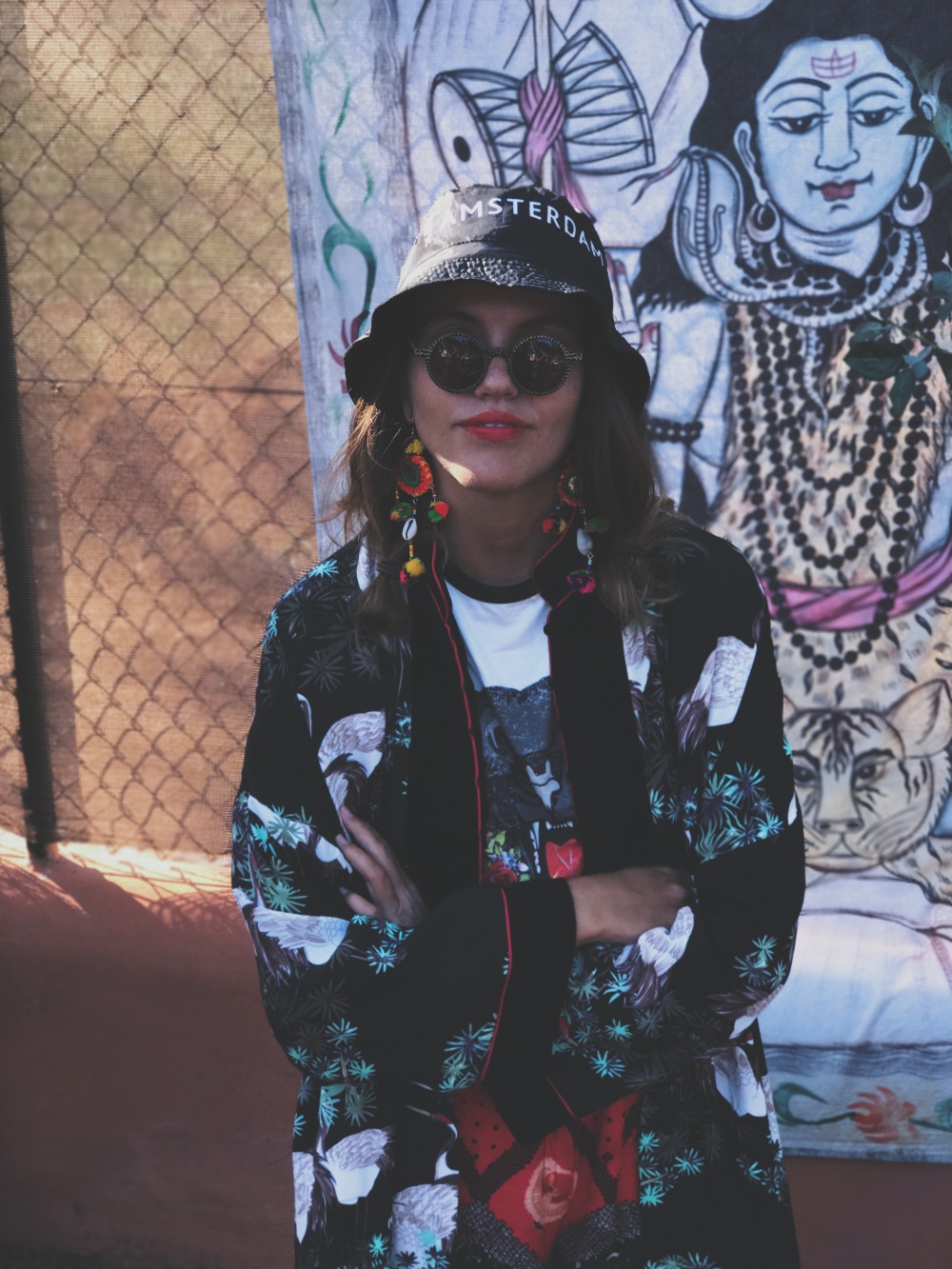